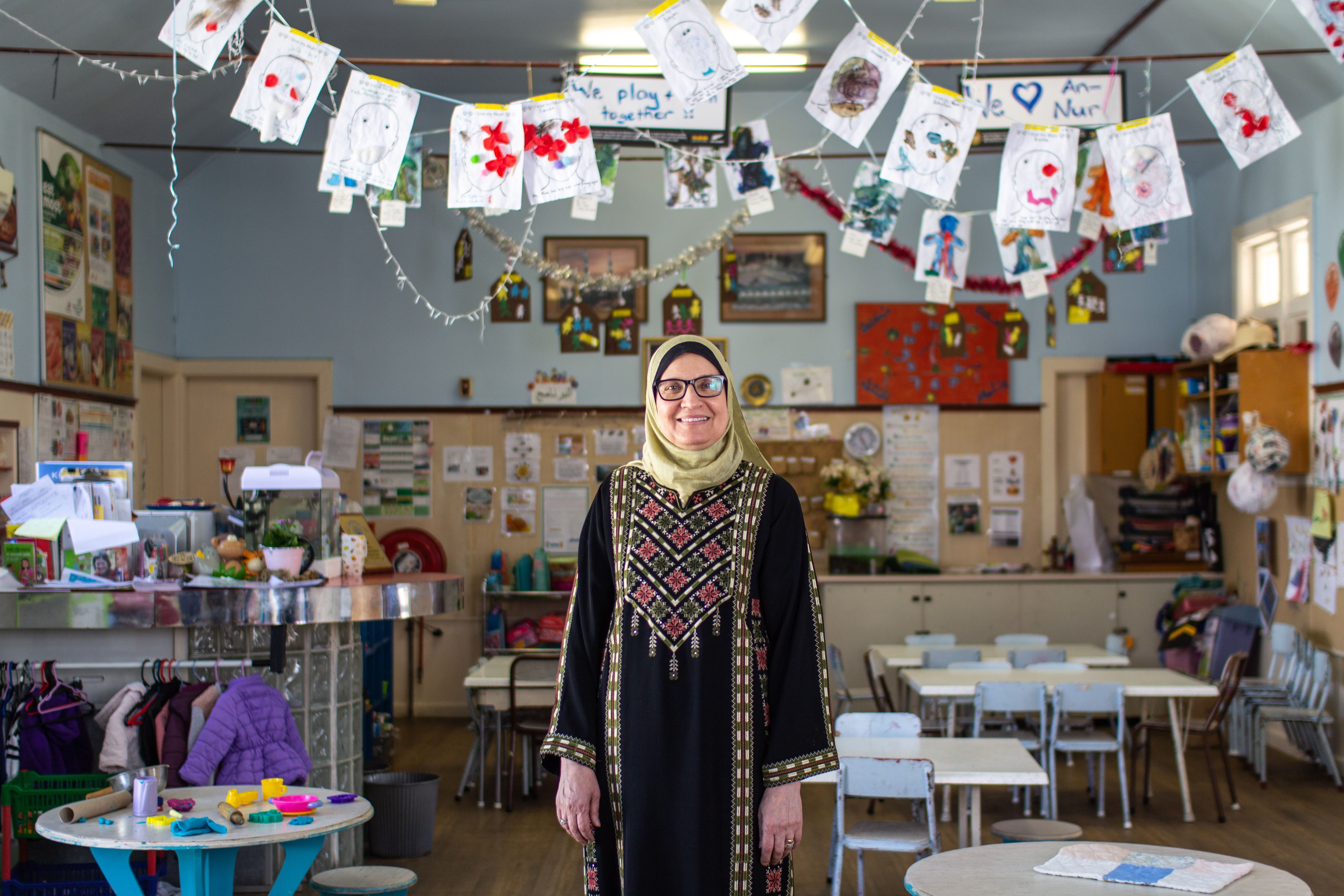 The series began with Dr Maysoon Salama’s book Aya and the Butterfly, written in response to the 2019 mosque attacks in Christchurch, which resulted in 51 lives lost. One of those who lost his life was Maysoon’s son, Ata Elayyan. Maysoon wrote the book with her granddaughter Aya in mind, focusing on themes of loss, legacy and resilience.

The manager of two Muslim early learning centres, as well as being emeritus national co-ordinator of Islamic Women’s Council (IWCNZ), Maysoon worked with the Ministry of Education on Ā Mātou Kōrero | Our Stories, which reflect the diversity of the Muslim community.

“Because March 15 brought a lot of awareness to discrimination and people not being included, it can fit well with social cohesion and bringing more understanding of the Muslim community and marginalised communities,” says Maysoon.

Ā Mātou Kōrero | Our Stories has now been expanded to include Welcome Home, Open Day at the Mosque, and Ko wai au? – Who am I?.

In Welcome Home, Syed, the sandgrouse, is picked up by a storm and carried far from home – to Aotearoa. Rebuffed for being different, he eventually finds a welcoming group of diverse birds who make him feel safe in his new home.

Author Makseet Bashir says he drew on his experiences of growing up as a Muslim in New Zealand.

Author of Ko wai au?, Nesra Wale agrees. “I think it’s really important to have representation of different cultures. Within my few years of teaching, I’ve noticed how much of a difference it makes when children see someone who looks like them.”

Originally from Somalia, Nesra has lived in New Zealand since she was young. She developed Ko Wai Au? with the help of Somali students in her Year 3-4 class at Silverdale School. Inspired by Māori pepeha, the book has a focus on identity.

“We chose the title Ko Wai Au? because if you are talking about multi-culturalism, you can’t really discuss it without talking about the blueprint of Aotearoa and the importance of Māori culture, which is the backbone of our society,” says Nesra.

The Ā Mātou Kōrero | Our Stories books are designed to be read to tamariki, by kaiako or whānau. Aligned to Te Whariki and The New Zealand Curriculum, the books cater to tamariki in early learning and Years 1–3.

The focus of the series is on wellbeing and resilience, and promoting unity, diversity, and inclusion – and the kaiako support materials (KSMs) incorporate these purposes into the learning discussions and activities.