Papatoetoe High School was one of the first school community impacted by Covid-19 since the 2020 lockdowns, so had to act decisively. 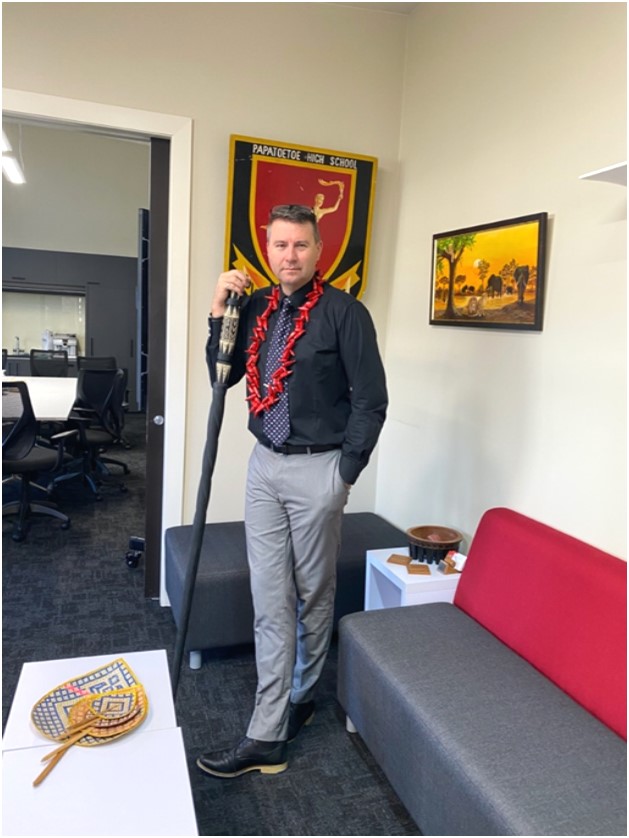 Vaughan Couillault, principal of Papatoetoe High School, vividly remembers Valentine’s Day 2021, when he was contacted directly by the regional health authority and informed that a student at his school had been identified as having Covid-19. It was also possible that other people within the Papatoetoe community could also be infected.

What followed was a significant undertaking by Vaughan and his senior leadership team to not only manage the situation for the students and staff, but also to mobilise the entire school community to get tested. This situation attracted considerable media attention as it was the first time that a school community had been impacted since the 2020 lockdowns, and the national vaccination programme had not yet been introduced.

The senior leadership team insisted on working together on the school site and took over the Board room and established their own school-based situation room.  Information was shared openly and through a process of brainstorming, debating and critiquing ideas; decisions were made collectively.  Vaughan believes that this environment was effective because of his competent senior leaders and their complimentary skills, their willingness to operate collaboratively within a high trust model.

The urgent priority at the time was to encourage all members of the Papatoetoe High School community to be tested for Covid by visiting a pop-up testing centre at the school.  The senior leadership team felt the best way to do this was to connect and communicate with their community in the same ways that they were accustomed to which included social media, text messaging and emails.

Vaughan says they sharpened their use of social media when communicating directly with parents and caregivers. “Regular, quick snippets of information, using either Facebook, Instagram or text messaging, were far better than weekly newsletters,” he says.  This was especially useful when they had to quickly convey information such as when the testing lines were short, or what time the testing centre was opening tomorrow

They also wanted to ensure there was a visible presence at the front of the school and around the testing centre. Providing familiar and friendly faces that the community would recognise, was intended to offer encouragement, relevant information when necessary and even handing out water bottles to those who had spent long periods of time waiting in their cars.

Dealing with national and local media everyday was handled by Vaughan who felt it was necessary to connect well with the media.  Being the consistent face of the school meant that he could control the message that went out from the school.  He says that he never answered a question without being prepared with the answer first and as time went on, he prepared information beforehand that he would share.  While largely his experiences with the media were positive and affirming, unfortunately he also had to contend with abuse and insults.

Vaughan and his team learnt that when communicating with their community, providing regular and succinct messages, that contained simplified language was more effective.  They discovered that for example, “some families didn’t understand words such as ‘symptoms’, but did understand signs of illness”.  There are also methods of communicating messages that are free, and are better than those that have a cost to the school.  As a result of this increased awareness, the school is now a lot more savvy with their use of social media and how they directly engage with their community.

The unique situation that Papatoetoe High School experienced, and the effective way in which Vaughan and his senior leaders dealt with it, highlights the important role a school has in its community.  Vaughan strongly believes that schools are not only places of learning but also places of connection for a community, and therefore must always remain in a position to be able to help and support its people.