Throughout the pandemic Riccarton High School principal Neil Haywood has harnessed “the bits of gold” that have emerged from distance learning and incorporated into everyday teaching and learning. 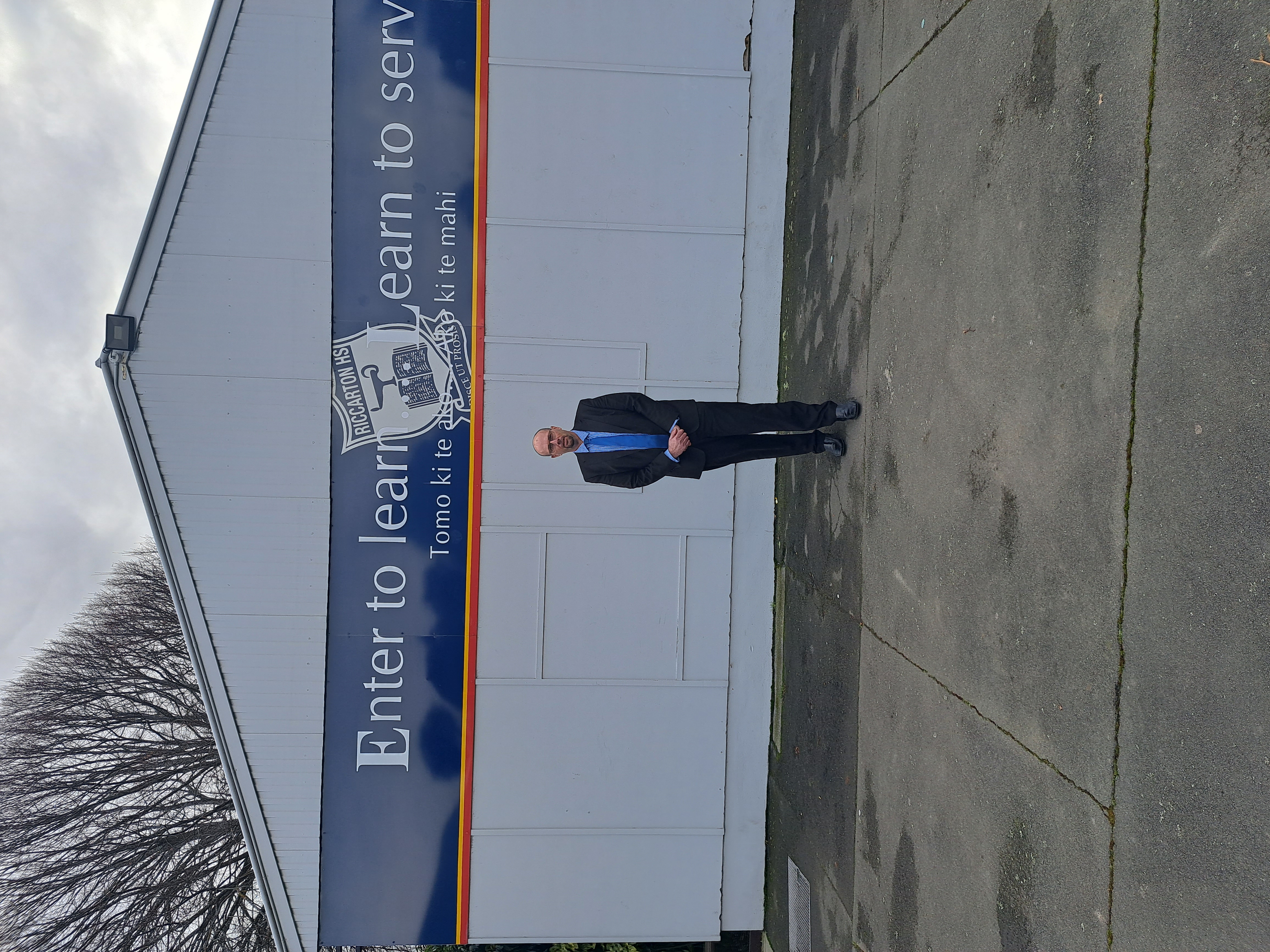 The challenge for Riccarton High School principal Neil Haywood has been to keep a balance between responding to the pandemic to ensure his school community is well supported, and also recognising the school’s vision, annual priorities, and continuing with the work that had already begun. It was important “to maintain that progression and still feel that we are moving forward,” says Neil.  As the principal he tried to be as proactive as possible rather than continually being reactive, but acknowledges that achieving this balance was easier said than done.

Neil is quick to share that the reason he feels that he has survived so well as the principal throughout the pandemic, is because of the team behind him. “It has not just been the senior leadership team but also the heads of department, the leaders of learning, everyone.”  When the initial lockdown was announced a steering group was quickly formed that was made up of a wide range of personnel including: principal, senior leaders, executive assistant, head of guidance, cultural diversity facilitator, and executive officer. The Covid-19 team met daily at 8am and discussed what was ‘on top’ for the day, what needed to be achieved and who needed support, etc.  A shared Google site was created for staff that acted as a daily update page and provided relevant information plus useful website links on wellbeing.

Relevant Google meetings for groups of staff, and at times the whole staff, were held to ensure staff were well informed and had an opportunity to have their questions answered.  “The connection was really important and it also meant that when the levels changed we were prepared for what we had to do,” says Neil.

When learning resumed on the school campus after lockdowns, they knew there would be anxious students and families, and therefore staff made a deliberate decision to use language that did not talk about “what had been missed out on, or what we are going to have to catch up on”.  The approach was a refocus on going forward, and “looking at what was needed to be done between now and the end of the year”.  Neil says this worked well to alleviate some of the anxiety.

Throughout the pandemic Neil has been committed to take advantage of what he calls “the bits of gold” that could be taken from distance learning and put into everyday practice under more normal circumstances. It became apparent that students fell into one of three categories:

The use of Google classrooms in all learning programmes is now standard practice for teachers and students, and has resulted in easy access to the learning objectives, activities, resources and as a means of communication. This was especially useful during the Omicron outbreak when upwards of 500 students were absent from school.

It has been tough for staff, and at times it has been hard to move beyond being in a survival mode, says Neil.  They have experienced “an increase in the numbers of students who are exhibiting challenging behaviours at school, as well as challenging parents who are going through their own hardships, and often the school bears the brunt of that”. The resources invested to deal with these situations and the effort made by the pastoral care team has been considerable.

Neil believes it is important to acknowledge what is going on at the present time, but adopting a different mindset will be the way forward to achieve the goals that the school has set out for the year.  Some goals and the steps to achieve them may need to be modified but there needs to be shift from a day-to-day emphasis to what the priorities should be to keep progressing forward.  “Getting people to co-construct this rather than a top-down approach, will get them to think about this.”

As the leader of Riccarton High School, Neil is clear that his main focus should always be as the leader of learning.  Having effectively responded to the challenges of the pandemic he has also managed to maintain a sense of perspective and keep his eye on furthering school progress.