Māori and Pacific values bring community together through Covid

Māori and Pacific values bring community together through Covid

Drawing on Pacific principles of relationship-building and two-way dialogue helped a West Auckland primary school support staff, tamariki and whānau through the disruption of multiple lockdowns. 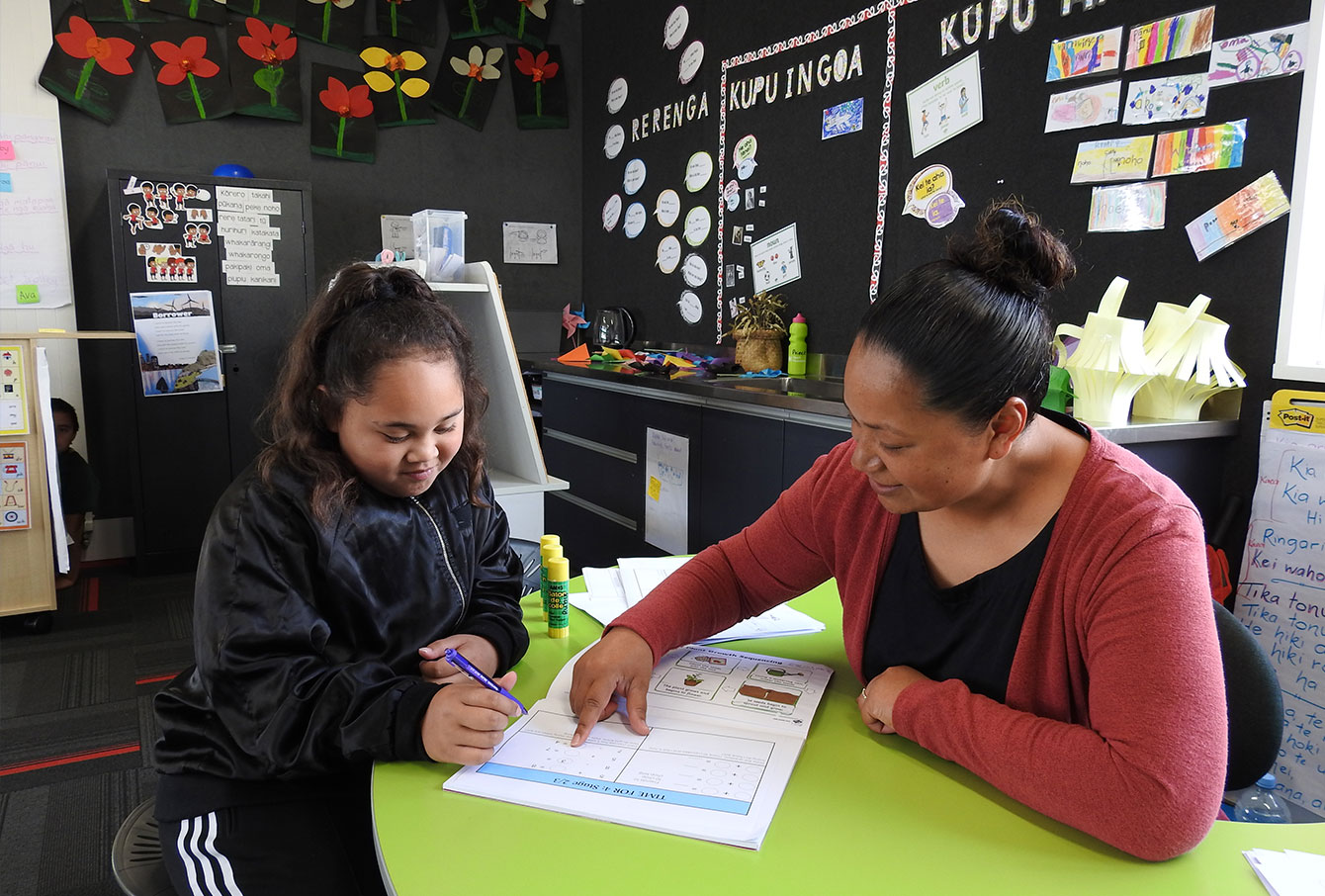 Sunnyvale School’s principal, Katie Pennicott, had recently completed a thesis about decolonising learning spaces when the Covid-19 pandemic struck. Her study proved invaluable in leading the culturally diverse school through the major upheaval of four lockdowns, specifically by promoting whanaungatanga/kinship between people and talanoa/dialogue.

Katie says she uses Māori concepts and principles in her work to drive cultural shifts, “because if we operate in the Euro-centric structures that we currently have in our system, we’re going to perpetuate the same outcomes over and over”.

In preparing for lockdown, Katie realised that what she was describing as Māori principles also connected to the values of Pacific people at the school.

“I was focusing on whanaungatanga because that is our core school value and so everything that I was doing was grounded in that value. However, the concepts of the four aspects of talanoa (see box) were coming through in what we were doing.

“Talanoa and community are key elements to Pacific nations people and to be isolated could be a foreign concept, causing anxiety and disadvantaging the learning progress of students.”

Sunnyvale staff began by ensuring every parent and caregiver was acknowledged and communicated with in the ways that best suited them whether by phone, Facebook, text, email, or a home visit.

Parents contacted Katie regarding technical issues, and she ensured that every query was followed up, thus strengthening communication lines between school and whānau.

Sunnyvale’s strategies were so effective that by the second lockdown, the whole school community knew what to expect.

“They came and got the devices and were straight into it the next day,” says Katie.

Ever since then, Katie has been at the school gate every day to greet, farewell and chat with whānau.

“I felt it was really important that I was there to answer questions, and those relationships have been really strengthened through those conversations.”

Feedback from whānau and Pacific staff members show that Pacific people in the school community felt empowered as different aspects of vā/relational space were woven together to bring about mauri ora/life force as an outcome for the school community.

The leadership practice demonstrates that Raranga Mauri Ora can be practised effectively within education, using principles that are effective for Pacific nations people and Māori.

Talanoa: conversation that includes participants discussing stories, metaphors, and experiences to reveal the loto (heart and soul) of the communicator. Talanoa is developed through the four elements (in Tongan) of ‘ofa (love), māfana (warmth), māile (humour) and faka’apa’apa (respect).

Link to full article (in English):