A partnership between iwi and five Rotorua schools is paying dividends for all tamariki and rangatahi in the region. 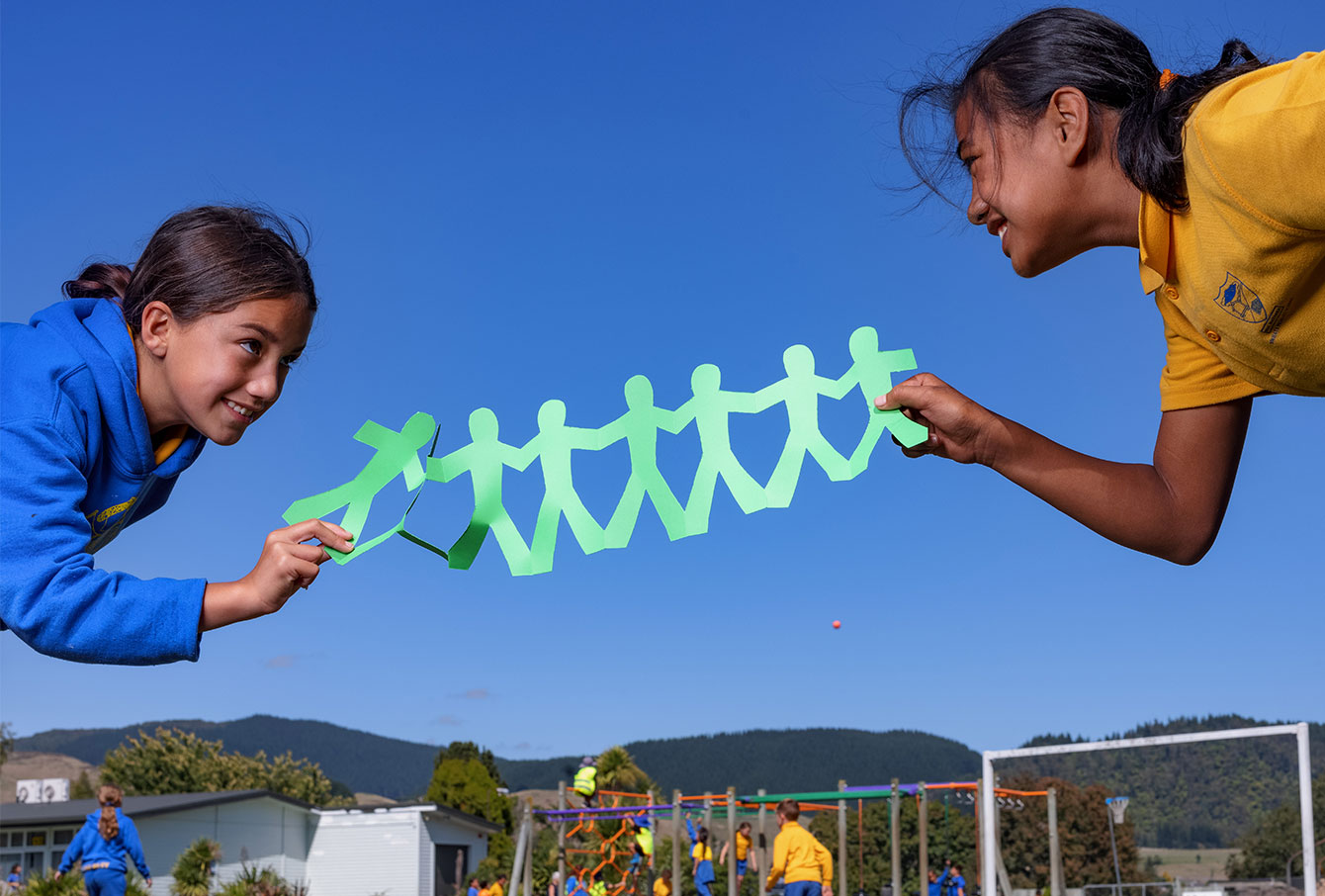 The schools in Rotorua East: Lynmore, Ōwhata, Rotokawa, Mokoia Intermediate and Rotorua Lakes High, have a special relationship with Ngāti Te Roro o te Rangi, a hapū of Te Arawa, and all share the same goals and aspirations for their young people.

The special partnership came about when the schools’ land was returned to iwi in the 2008 Te Arawa settlement; schools and iwi signed a Memorandum of Understanding to have an iwi-appointed representative on their boards of trustees.

Kaumātua Paraone Pirika is one of the representatives, and he says hapū have an obligation to work closely with the schools and the community.

“It’s not a case of stepping on each other’s toes and saying we’re doing everything together – we’re not. We’ve got our own identities and challenges as schools,” says Jon Ward, principal of Rotorua Lakes High School.

For example, Ōwhata School had been grappling with gang culture in its community. “All those whānau are still here,” says principal Bob Stiles, “but now they get welcomed into the school to share their aspirations for their kids.

Lynmore School faced a very different challenge. “There were some really ingrained attitudes,” says former principal Lorraine Taylor (now at Silverstream School in Upper Hutt). “Māori students left their ‘Māoriness’ at the gate and tried to fit in to being Pākehā students. I could see that it wasn’t working for them, I could see that internal conflict, their identity and culture not being honoured. And as a result, Māori achievement was incredibly disparate in our school.”

“By using four pou – whanaungatanga, whakapapa, wairuatanga, manaakitanga – we have been able to build these relationships. And we’re seeing attitudes change,” says Paraone.

The shift in attitudes is reflected in the data which now shows that Māori students are “absolutely the same in terms of achievement in reading, writing, maths, science”. Lorraine says the remarkable change came about by Lynmore working with other schools, leveraging the local curriculum to be contextual for Māori students.

The schools take a learner-focused approach, rather than school-focused, for example by sharing four learning support coordinators depending on where the need is greatest.

And there is clear evidence of wider societal change through the work between schools, iwi and Police, health, and social agencies.

“One of the tell-tale signs is that our crime levels have gone down by 50 per cent,” says Paraone. “Family harm is also down. Manaakitanga works.”

Link to full article (in English):